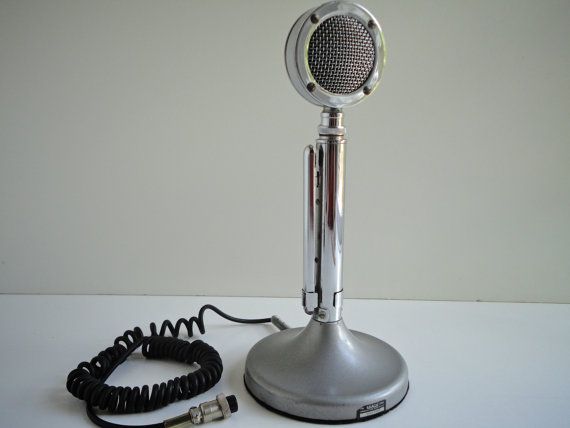 It’s a pretty fundamental aspect of radio operation that you shouldn’t push the “transmit” button unless you actually intend to transmit. But you’d be surprised how often someone “sits on the microphone” on the net frequency! The resulting open carrier ties up the net, preventing any communication from taking place. Even coordinating a change to a secondary net frequency becomes impossible.

Of course we all know enough not to jam the net on purpose. But accidents happen. The microphone may get stuck under a clipboard, or wedged between a seat and another part of the car, in such a way to push the transmit button. So when you put down your mic, be extra careful about where you put it. Don’t be “that guy (or gal)”!

This is where the magic happens. The net, short for “network,” is a designated frequency on which rally communications take place. This could either be through a local or temporary repeater, or a simplex (direct) frequency.

Usually, there are multiple designated frequencies. For example, there may be a primary frequency where communications take place by default, and a secondary frequency to switch to in case there is a problem such as interference on the primary frequency. Frequencies may be assigned for different purposes, too — for instance, a dedicated frequency for rally officials to talk amongst themselves without tying up the main net frequency.

In some cases, different frequencies are used for different geographical areas if the rally spans too much territory for one frequency or repeater to cover. The Empire State Performance Rally has “north” and “south” repeaters to cover all of its stages. The New England Forest Rally is so spread out that each stage has its own frequency, operating independently of other stages. Yet the Black River Stages net handles the entire rally on one net frequency, as do smaller RallySprint events. Specific procedures vary from one event to another.

Smaller rallies or RallySprint events are often less formal than larger events. Each event has its own unique way of running their net. Even at the same event, different net control stations have different preferences for how the net runs. But generally, their procedures are at least somewhat similar to what is described here.

Before a stage runs, a great deal of logistical communication takes place on the net. As stage crews get into position and prepare to run the stage they keep net control up to date on their readiness. Course opening cars report their own progress through the rally to net control, as well as any issues they need stage crews to take care of before the stage goes hot with competitors.

Radio operators stationed elsewhere on stage write down each car number that starts, as well as its sequence number if applicable. As each car goes by their location, they check off that the car has passed. When cars finish the stage, the finish radio announces it to the net in a similar manner as start. The end result is that when competitors finish running, we know what cars didn’t finish the stage. We also know approximately where they are based on the location of last radio operator to have seen them and the next one who didn’t. This way, the sweep team has a better idea what to expect when they enter the stage.

This is the most important purpose of the net: to keep track of competitors, make sure they’re safe, and send help if necessary.

This is rally, so things don’t always go as planned. If (when) a competitor crashes and can’t continue under their own power, the net needs to know. This information could come from a radio operator stationed nearby. It could also come from another competitor reporting in at the finish. It is important to know that the competitors are displaying the “OK” sign, and whether their car is blocking the road or not. If the road is partially blocked, competitors waiting to start will need to be informed of this and the car’s location so that they can avoid it.

Other problems could involve spectators putting themselves into unsafe locations on stage, or getting too rowdy and disruptive at a spectator area. The course opening cars check for this before declaring the stage ready to run, but things can always change afterward. People may try to move up and down the road in between cars, either on foot, by ATV, or even in their own cars while the stage is hot.

Local residents or property owners along the closed road can sometimes cause trouble for a stage. They may not obey rally volunteers’ instructions to stop or recognize the legal authority the rally has to close the road. If the situation gets too heated, the stage may have to be stopped or canceled altogether.

Basically, any situation that’s out of the ordinary needs to be reported to net control. Use common sense and do your best to help at the scene, but ultimately it’s net control that will make the call about how to handle the situation, relaying instructions from rally officials and sending additional help as necessary.

A car crashing or going off the road and displaying the “OK” sign is not an emergency. If no one is hurt and cars can still get by, the stage will continue to run. But a red cross sign, injuries, or a fire is absolutely an emergency, and we pull out all the stops to assist. Emergencies always have priority on frequency. Routine logistic communications can wait. Do not transmit unless you are helping to handle the emergency.

That said, if you are able to report or help with the emergency, by all means, get on the net. That goes for competitors as well, who are often the first on the scene. Many competitors have ham radios and net frequencies. Mainly they just monitor the net to know what is going on, but in an emergency callsigns you may not recognize from the net roster may break into the net to report it. This is not only acceptable but encouraged, and one reason why competitors have the net frequencies. Though we strongly encourage only licensed amateur radio operators to transmit as per FCC rules, in a dire emergency involving an immediate threat to life (but not property), anything goes.

Net control will help coordinate the response of whatever help is needed, such as sending the ambulance stationed at stage start to the scene. During an emergency, ALL stations should listen closely in case net control needs information or resources that you might have. Even if you are working a completely different stage than the emergency is taking place on, net control may still call you — for instance, to request a second ambulance be sent from your stage to the emergency. But unless you are directly involved with the emergency itself, don’t speak unless spoken to by net control.

That’s the basics. Specifics vary from one event to another, but this is essentially how every rally communications net runs. Now you know what that radio chatter at a rally is all about!